With the 4-match series deadlocked at 1-1, India and England face off in the 3rd Test at the new Motera Stadium in Ahmedabad.

The Test will be a Day-Night encounter – India’s third such match and second at home. In their previous home pink-ball game against Bangladesh at the Eden Gardens), Virat Kohli’s side registered a comprehensive win (the less said about Adelaide, the better).

The Motera Stadium, which is the biggest in the world with a capacity of 1,10,000, has drawn the awe of cricketers from both sides. England’s Ben Stokes and Stuart Broad in particular were bowled over by the size and grandeur of the stadium.

Here are 3 factors that might have a major say on the outcome of the 3rd Test between India and England.

The Motera Stadium’s size and capacity means that the usual floodlight towers that look over other grounds in the world can’t be installed. The stadium instead features LED lights across the rooftop, and this system of lighting has been known to cause fielders issues.

The seats, which are new and freshly painted, are bright in the absence of a full crowd. The pink ball might get lost in the seats, leading to more problems with visibility.

Dew has always been a talking point in D/N Tests, and its impact was also felt in the final of the Syed Mushtaq Ali Trophy, which took place at the same venue.

Tamil Nadu elected to bowl first, and their four-pronged spin attack generated prodigious turn. Baroda, who had the misfortune of losing the toss, saw their spinners completely nullified in the second innings. While the pitch was still slow, the degree of deviation drastically reduced.

The second and third sessions in particular will be under the spotlight. Even if the pitch is made to be conducive to turn, certain natural elements might now allow India (or England for that matter) to make the most of it. Speaking of the pitch…..

#1 The pitch and India’s insistence on a turner

Most pink-ball Tests so far have featured green tops, and India’s understandable insistence on making the most of their home advantage may bring a number of new factors into play.

The pitch at the Motera Stadium was green as a Kiwi pasture less than three days ago, but it now bears a familiar dusty look. D/N Tests haven’t seen pitches without a good covering of grass to keep the pink ball’s shine intact, and India are entering unchartered territory with their aim of preparing another rank turner.

As mentioned above, the pitch for the Syed Mushtaq Ali final turned square in the first innings. Even if they use a different strip for this game, the square is bound to retain some of the same characteristics.

Team combinations will also greatly change. While India are likely to drop Kuldeep Yadav although he has been reported to be next to unreadable with the pink ball, England might field James Anderson and Stuart Broad together for the first time in a very long time.

It remains to be seen if India’s premier spinner Ravichandran Ashwin can get the ball to talk, and whether the visiting pacers can outbowl their counterparts in conditions more suited to them. 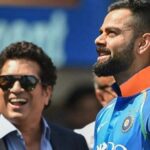 After opening up about his battle with depression during India’s tour of England in 2014, Virat Kohli has now revealed how Indian legend Sachin Tendulkar helped him tide over the tough times.

The Indian skipper made the comments in a conversation with renowned commentator Mark Nicholas on the latter’s podcast ‘Not Just Cricket’. Virat Kohli said he had a chat with Tendulkar on how to deal with negative thoughts.

On the advice that Tendulkar gave him, the Indian skipper said:

“The thing that he (Sachin Tendulkar) told me was, in cricket what he experienced was if you are going through a strong negative feeling and if that is coming into your system regularly, it is best to let it pass. If you start fighting that feeling, it grows stronger. So, that is the advice I took on board and my mindset really opened up from then on.”

Virat Kohli is currently leading the Indian team in the Test series against England at home. The series is tied 1-1. The Indian team is presently in Ahmedabad, preparing for the pink-ball Test, which will begin on February 24. The match will be played at the rebuilt Motera Stadium, which is the biggest cricket stadium in the world.

When Virat Kohli felt like the loneliest guy in the world

In the same podcast with Nicholas, Virat Kohli had earlier admitted he suffered from depression during India’s tour of England in 2014.

The 32-year-old had a torrid tour of England, managing a meagre 134 runs in 10 innings. Reflecting on the hard times, Virat Kohli said:

“I did (feel depressed). It’s not a great feeling when wake up knowing that you won’t be able to score any runs and I think all batsmen have felt that at some stage or the other that you are not in control of anything at all. And you just don’t understand how to get over it.

I think when you look back at a very difficult phase, you realise that you had to go through that phase fully to be able to understand what is wrong and rectify and move forward and open yourself up for change. That was a phase where I literally couldn’t do anything to overturn what I was going through. I felt like I was the loneliest guy in the world,” the Indian captain concluded.

Virat Kohli fought back commendably from the England disaster and is now acknowledged as one of the greatest batsmen of the modern era. 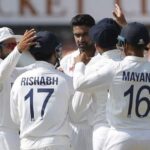 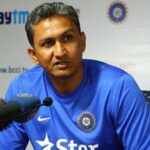 Sanjay Bangar will act as RCB’s batting consultant for the upcoming season.

“We are delighted to welcome Sanjay Bangar to the RCB Family as a batting consultant for IPL2021! Welcome aboard, Coach!” RCB posted on Twitter.

The announcement was made earlier today (February 10).

Sridharan Sriram was the team’s batting coach until last year, but no official statement has been made on whether he will continue holding the post for the upcoming season as well, especially after Bangar’s appointment.

As RCB’s batting consultant, Sanjay Bangar will get an opportunity to work with two of the best batsmen in the world in Virat Kohli and AB de Villiers. Bangar will also play a crucial role in the development of India’s young guns, notably Washington Sundar and Devdutt Padikkal.

Sanjay Bangar has prior IPL experience

Although Sanjay Bangar’s most notable tenure was as India’s batting coach, he has successfully coached several IPL teams in the past.

His most notable season came while coaching the Kings XI Punjab, whom he led to the IPL Final in 2014. It remains the franchise’s best performance to date.

Sanjay Bangar also worked as a batting coach for Kochi Tuskers in 2010.

The new RCB Batting Consultant will hope he can perform a similar role for the franchise, who are still looking for their maiden IPL title, in the upcoming season.

RCB made it to the playoffs in 2020 before losing to the Sunrisers Hyderabad in the Eliminator. 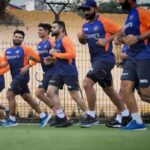 Team India kicked off its outdoor session at the Chepauk on Tuesday by focusing on team bonding and a lot of fun activities.

Having completed their mandatory quarantine period, India’s focus now shifts to preparations for the first Test, which gets underway in Chennai on Friday.

In a video posted on BCCI’s Twitter account, Indian players are seen enjoying themselves to the fullest in a session of light-hearted activities, including a game of footvolley. It is a sport that combines aspects of beach volleyball and football.

Watch the video below:

Explaining why they decided to go for a team bonding session instead of hardcore training, Nick Webb, Head Strength & Conditioning Coach, said in the video:

“The plan was basically to get the guys out. They have been stuck in their room for six days. They have been limited to treadmills and bikes for the last three days. So, we wanted to get them out, feel the ground, get some fresh air, and get the boys moving.”

Soham Desai, also a Strength and Conditioning Coach, added in this regard:

“The guys, who came from Australia, they had only 3-4 days at home. So, we did not want to stress them with programs to do at home when they were with their families. Basically, they have had no physical preparation per se, which we need them to do. So this was an additional day we got to ease them into training.”

While the first Test of the series in Chennai will be played behind closed doors, the second Test at the same venue will have 50 percent crowd attendance.

The third and the fourth games of the India-England series will be held at the rebuilt Motera Stadium in Ahmedabad. The third Test of the series will be a pink-ball encounter.

India’s record vs England in Chennai

India’s test record at Chepauk (Chennai)
Played : 32 Won :14 Lost :6 Tie :1.
Interesting out of those 6 losses 3 have come against England although way back . Last time in Chennai England suffered an innings defeat. #INDvsENG@bhogleharsha @cricketaakash

India and England have faced each other in nine matches at the famed Chepauk Stadium in Chennai. The hosts have won five while England have been victorious in three. One Test ended in a draw.

India have registered impressive wins in the last three Tests against England in Chennai. In 1993, they won by an innings & 22 runs, which was followed by a 6-wicket victory in 2008. In 2016, they achieved the win by an innings & 75 runs.

The last time these two sides faced off in Chennai, India registered their highest-ever Test total of 759 for 7 declared.