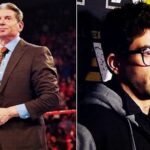 Conrad Thompson has revealed what he feels is a key difference between Vince McMahon and Tony Khan.

In an exclusive interview with SK Wrestling’s Ryan Boman, the American podcast producer explained that the difference between WWE’s CEO and AEW’s President is that they are a fan of differing wrestling products.

Thompson implied that Tony Khan is “a wrestling fan”, whereas Vince McMahon is simply “a WWE fan.”

Here is what Conrad Thompson has to say on the differences between the two wrestling titans:

“I think he, like me and you, is a big wrestling fan. That’s probably the difference. Tony’s a fan. Tony is uniquely qualified to know what we want to see. He’s one of us. And I don’t know if that’s going to rub some people the wrong way, but I don’t know the last time Vince McMahon was a wrestling fan of another promotion. I think he’s a WWE fan. I don’t think he’s looking for New Japan tapes or wants to know what’s happening in Ring of Honor. I think he has people for that. But Tony Khan? He’s probably watching all that stuff. Because he’s like me and you, he’s a wrestling fan.”

During the same interview, Conrad Thompson would praise Tony Khan and AEW for being willing to work with other wrestling companies like NJPW and IMPACT Wrestling. He said Tony Khan was correct for ignoring “the old way of thinking.”

“I’m super excited. I think it took somebody like Tony Khan who realized that maybe the old way of thinking is a little outdated and a little short sighted. This is going to be good for everyone involved. And in the end, with all those relationships, he’s sort of the big dog!… Here in America AEW is number two to WWE, and it’s a long way before we even have a discussion about number three. That’s my opinion. So I think Tony’s made the right move here.”

AEW and Tony Khan are continuing to expand on their relationship with NJPW and IMPACT Wrestling, with stars from all three promotions appearing on different companies’ broadcasts. 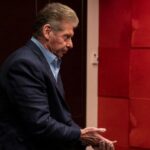 Vince McMahon reportedly gets angry at Superstars that come to him with their ideas, and blasts a top WWE executive for it. Vince Russo, a former WWE writer, recently spoke about Vince McMahon’s attitude towards Superstars pitching their ideas to him.

Vince Russo opened up about WWE Chairman Vince McMahon on this week’s Legion of RAW. Dr. Chris Featherstone and Vince Russo spoke about how WWE talent pitching their ideas to Vince McMahon and the creative team in WWE would fall in deaf ears.

“I’ve heard reports of weeks. I’m talking about guys that I would consider middle to top guys, making an appointment and waiting weeks,” said Russo.

Chris said he had heard that Vince McMahon would tell Superstars that he would get back to them after he heard their ideas, but that was McMahon’s way of telling them to not come back to his office. Russo agreed with what Chris said.

Russo said that WWE Executive Director Bruce Prichard would be blasted by Vince McMahon whenever Superstars came to the WWE Chairman with their ideas.

“That’s exactly how it works. There was a story of, three people went to Vince for a meeting. It was Sasha Banks and like two other people. No way in the world Vince wanted to meet with them. It was like… oh my god, can you imagine this meeting? Vince will meet with them, put on a happy face, ‘I’ll get back to you pal,’ and the next phone call is to Prichard, cutting a promo on Prichard – ‘Why are they coming to me? Why aren’t you taking care of this?’ Now because Prichard has heat with Vince, now Prichard passes that heat along to the talent. That’s how it works. That is the system. That’s it,” said Russo.

Even in his mid-70s, and after years of being at the helm of affairs, Vince McMahon still has a stranglehold over the kind of content that’s put out on WWE television on a weekly basis.

Ric Flair recently opened up about how he was berated by Vince McMahon, while WWE Champion Drew McIntyre also talked about the WWE Chairman being adamant about a particular idea that he had.

Please H/T Sportskeeda if you use any of the quotes