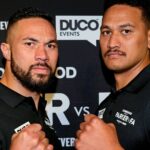 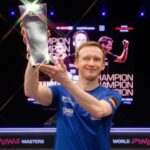 Germany’s Alexander ‘The Flash’ Flemming lifts World Ping Pong Masters, admitting: “It was very consistent, possibly the most consistent match I have had” while four-time world champion Andrew Baggaley felt it wasn’t meant to be

Flemming took the first two sets of the trophy match 12-15, 10-15 before a close start to the third, but from 7-6 down the German continued to force Baggaley back and opened up a 12-7 lead before eventually winning the set, and with it the match, 15-9.

“Firstly, it is pure happiness to beat such a great player,” said Flemming. “It was possibly my best-ever match. The rallies weren’t that great like in the World Championship last year. We know each other so well so it was a little bit more tactical.

“I tried to give him pressure on the backhand so he didn’t have too much time to speed up to me and if there was a chance, crunching the ball with the forehand.

“It feels brilliant to win. I couldn’t watch the last World Championship final seriously until last week because it was really horrible afterwards, to be so close and then be stopped by the legend of ping pong.”

Baggaley said: “It just wasn’t meant to be for me today. I did the best I could but my backhand broke down. Full credit to Alex to win the final, he played great and was solid all the way through the tournament. Congratulations to him, he is a great champion.

“In the earlier rounds, winning so easily, I didn’t really get match hardened, but still I got to the final, but it wasn’t meant to be.” 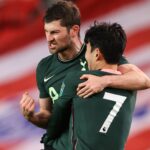 Tottenham remain on track for a first piece of silverware since 2008 after beating Championship side Stoke City 3-1 to reach the Carabao Cup semi-finals.