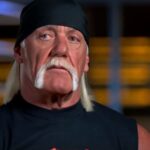 Wrestling legend Greg Gagne has dismissed a rumor that The Iron Sheik was offered money to break Hulk Hogan’s leg.

In 1983, Hulk Hogan left the American Wrestling Association (AWA) to rejoin the World Wrestling Federation (WWF/WWE). It has been claimed by The Iron Sheik that AWA owner Verne Gagne offered him $100,000 to injure The Hulkster before his WWE return.

Greg Gagne, Verne’s son, spoke to Dr. Chris Featherstone on the latest episode of SK Wrestling’s UnSKripted series. He insisted that the Hulk Hogan rumor is false and his father would never have done such a thing.

“No. Sheik made that thing up. A couple of months ago, my brother and I, he said, ‘You gotta watch this thing on YouTube.’ I never knew he said it. So when he [my brother] had told me, I said, ‘That was never said. Verne never did that.’

“Iron Sheik, he trained with us and Verne got him started, Verne supported him through the Olympics and everything. He was so naive to the sport, he wasn’t catching on. My mom gave him the name The Iron Sheik, and then the Iranian thing was going on. Vince [McMahon] wanted somebody and Verne sent him up there [to WWE].”

Watch the video above to find out what Greg Gagne had to say about Hulk Hogan, Scott Hall, and much more.

Greg Gagne added that The Iron Sheik’s over-the-top gimmick did not work in the AWA in the same way that it did in WWE.

Hulk Hogan and The Iron Sheik have not faced off in an official match since 1987. However, that has not stopped Sheik from continuing their rivalry. To this day, Sheik’s Twitter account is full of tweets on a weekly basis about his dislike of Hulk Hogan.

Please credit SK Wrestling’s UnSKripted and embed the video interview if you use quotes from this article.