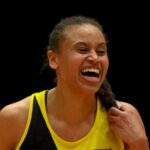 Manchester Thunder moved up into the top four after a second successive victory in Round Nine of the Vitality Netball Superleague.

Karen Greig’s outfit added a 59-37 result against Saracens Mavericks to the impressive way in which they ended Loughborough Lightning’s seven-match winning streak on Sunday.

Meanwhile, in the first match on Monday evening, London Pulse finished the round on a high as they beat Melissa Bessell’s Severn Stars by five goals.

If you did miss any of the action, then you can watch every match back in full on the Sky Sports YouTube channel and the competition returns on Friday with a 10-match weekend.

Thunder turn it on against Mavs

Manchester Thunder, the 2019 champions, showed that they’re getting into an excellent rhythm as they backed up their performance against Lightning with another assured outing on Monday night.

After seeing Mavericks beat Team Bath Netball the previous day, Greig’s team knew they needed to start fast, and they did.

Thunder put the building blocks in place during the opening minutes, before they pressed down hard on the accelerator and kept their foot there for the whole of the first half.

Elia McCormick and player of the match Laura Malcolm were tenacious in defence, while Amy Carter and Caroline O’Hanlon picked up where they left off on Sunday and showed their creativity in attack.

With Eleanor Cardwell and Joyce Mvula being such a tight unit, Mavericks weren’t able to gain the same amount of ball as they did against Bath. That was proving to be costly and it meant that Thunder were able to create a 30-20 lead at the interval.

With their head coaches’ words ringing in their ears and personnel changes for Mavericks, both teams upped the ante in the third quarter and there was plenty of body-on-body as it played out.

Mavericks’ confidence grew as they found shooter Britney Clarke, who’d arrived on for Ine-Mari Venter earlier in the match, in good form, while in defence they hassled and disrupted Thunder more.

The reward was a much closer quarter, just 10-9 in Thunder’s favour, and although Mavericks began the last strongly, they couldn’t sustain it.

In contrast, the 2019 champions accelerated again. With Malcolm leading by example, they continued to add to their tally and didn’t let up for a moment. In the final minutes, Greig introduced a number of her players off the bench and the final 22-goal margin will have been noted by every other side in the competition.

London Pulse put in a strong first-half performance to finish Round Nine on a high with a 41-36 victory over Severn Stars.

The outfit’s third win of the season was built off the back of a confident start and connections at both ends of the court coming together.

Meanwhile, in the first two quarters Stars struggled to match Pulse’s height across court and found themselves under intense pressure in attack.

Ahead of the contest, both head coaches highlighted how evenly matched the two teams were and the majority of the first quarter went goal-for-goal.

However, as the first half played out the dynamic Funmi Fadoju performed superbly at WD and alongside her defensive colleagues, she made life difficult for Stars.

Pulse then used the second quarter to really tighten their grip on the contest and their productivity meant that they led by 12 at the midway point.

After the break Stars hit back, as they backed themselves more in attack and found Georgia Rowe and Paige Reed more frequently in the circle. Not only did they force Pulse into making changes in their defensive end, but they won the quarter 11-9.

At 33-23 down, Stars knew that they had to make inroads into the 10-goal deficit quickly. Initially, they weren’t able to do that as the industrious Halimat Adio kept the pressure on Rowe, and Lindsay Keable’s arrival added further experience in the circle.

Then, with four minutes to play, Stars made their move. As the minutes ticked by, Bessell’s team grew stronger however when Adio stepped up at key moments, it meant that Pulse were able to hold firm and Stars ran out of time.

Sky Sports is your home of netball. The Vitality Netball Superleague continues on Friday with Round 10 and the start of a 10-match weekend, live on Sky Sports and streamed on the Sky Sports YouTube channel.

Rangers will have to overcome Celtic to keep their double dreams on course after sweeping past Cove Rangers to set up a Scottish Cup Old Firm clash.
https://summerolympics2020s.com 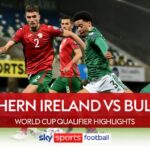 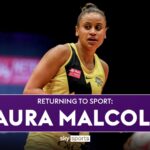 Three weeks after schools reopened to all children, sports clubs have now also welcomed everyone back.

Last Wednesday, the government confirmed that the country could continue its phased return to normality and England Netball quickly followed with confirmation that grassroots netball had the green light to start welcoming players back.

So what exactly can restart on Monday❓

It has been 13 months of disruption, innovation and avoiding boredom for many in all walks of life, with only a very brief respite as lockdown restrictions were eased for a short period last year.

What a day!NETBALL is back 🙌🏻 So happy for the netball family to be able to step back on a court with friends & team mates👊🏻 Stay safe & smile😃Want to say a huge THANK YOU to the incredible volunteers, Coaches, parents, facilities who are working so hard to help return our game

Now, as outdoor sports facilities open and organised outdoor sports resume, football, netball, rugby and hockey clubs are opening their doors once again, we spoke to four netballers who have juggled the last year of athlete uncertainty with inspiring the next generation in their roles as teachers and coaches.

We’ve all been digging in trying to give people content and sessions over this year and beyond really.

We usually go into schools and clubs and provide individual sessions as well, also we run our own netball sessions. The aim really is to just make us as accessible as possible; I know that a lot of people watch us on TV and get excited by watching us play. I think of me as a little girl and I was absolutely obsessed with sport in general and netball as the one that really inspired me, I absolutely loved it.

Over lockdown, it’s been amazing because something that I always used to do as a youngster was to train in the garden and get my mum and dad out to practice my skills with me. This is everything that people have been doing during, so it’s been a really amazing time to actually share the type of training which I believe is beneficial to help players on their own individual journeys and share the things that you can do on limited resources at home.

All the girls who have got on board are either teachers or qualified coaches as well, so we’ve got that extra string to our bow and we like to share all of our knowledge and help other people develop.

A netball journey for all

We got on the virtual hype early and it’s been really beneficial for a lot of people including us, it’s been a really enjoyable thing to do.

I’ve had some clubs working with me since lockdown one which is insane. There are some girls who have not stopped, and you can just see their inspirational mentality when it comes to training.

It’s been a really amazing time to actually share the type of training which I believe is beneficial to help players on their own individual journeys and share the things that you can do on limited resources at home.

Everyone has got on board with that thought process when it comes to their netball training; I think that a lot of people have probably made some good headway with their own netball journeys.

I started doing sessions pretty early on because just like for so many people out there, there was no way that netball could stop for me. I couldn’t get my netball fix in terms of actually playing but I knew that I could get my netball fix by linking in with the netball community and coaching.

We’ve just been coaching virtually for teams, for schools when they’ve gone back, we’ve done a lot of individual one-to-one coaching where we can but haven’t been allowed to do netball sessions yet. 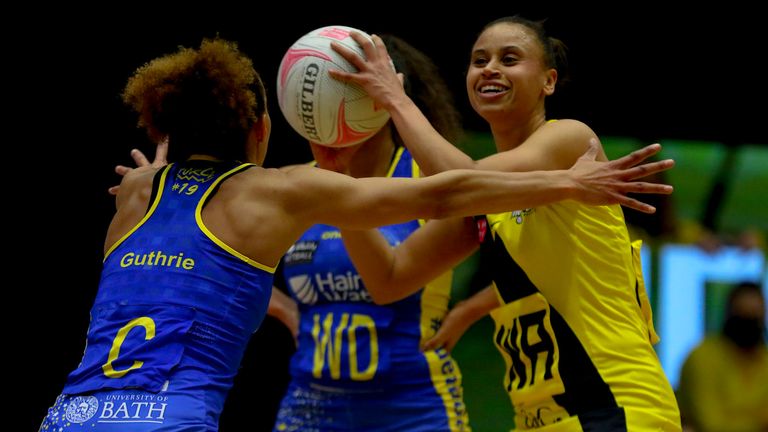 “Everyone has got on board with that thought process when it comes to their netball training; I think that a lot of people have probably made some good headway with their own netball journeys,”

I’ve been really lucky because as soon as this happened, I knew that for me, I needed to be busy. Being busy is something that I thrive off as a person and I also know that I like structure and I love netball to a weird level!

I knew that these were all things that I had to make happen if I was going to cope in this extreme situation. Straightaway, I was doing live fitness sessions every week for free on YouTube and on Instagram; that gave me structure and it helped me a lot in my own training.

We were stripped right back to motivating ourselves for every single session and for me personally, the sessions that I put on for people where I had to look at fit as possible and act like I wasn’t out of breath, really helped me!

My little community that I’ve been doing sessions with from the start, have personally motivated me a lot through these lockdowns. They have helped me just as much as I may have helped them.

The health benefits are there, being active and living a healthy lifestyle. We’ve known for a long time that it is really important for young children and with this situation, it’s been highlighted even more.

There have been girls who cannot stop and who have committed to doing Zoom sessions from the start until today, during this crazy time, it just shows how helpful sport can be in terms of giving you structure and helping you have that drive and purpose.

It helps you to play your role within your team and netball, for me, is one of the best sports in terms of having that purpose and that role. 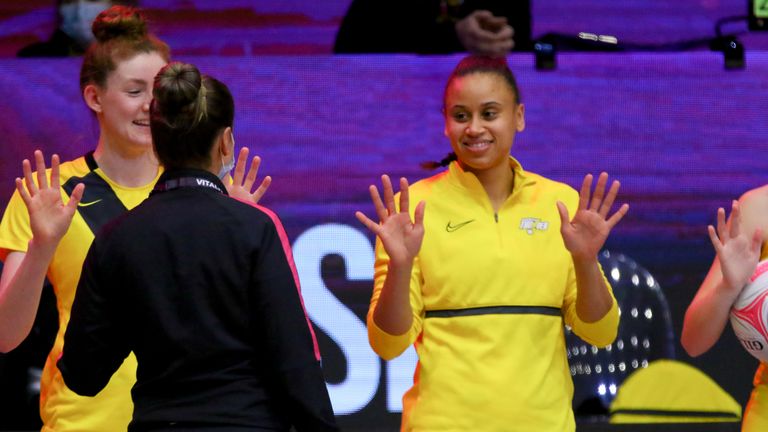 “Sport is really important, the social side is amazing and so many teams have said to me that just even being able to see each other on screen has been really helpful and I can’t even imagine what it’s going to be like when everyone can get back together!”

Colette Thomson, an absolute legend of a coach and one of my favourite coaches, once said that netball is probably the only true team sport left.

In netball, it can’t just be one person who takes it… I just think that level of responsibility and discipline that sport gives you is really beneficial and helpful to your character and can transfer into normal life.

I know that so many people are excited and I’m excited for everyone too.

Sky Sports is your home of netball. The Vitality Netball Superleague continues on Sunday with Round Eight and four matches back-to-back streamed live on the Sky Sports YouTube channel from 12pm. 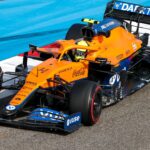