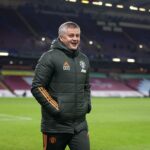 Sevilla are already preparing for life after Jules Kounde, who is heavily linked with a move to Manchester United in the summer.

According to Sport Witness, the Spanish club have already identified a replacement for the Frenchman, who looks set to leave the club at the end of this season. Manchester United, who are eager to make defensive reinforcements in the summer, have been monitoring the 23-year-old for some time.

Kounde, a product of the Bordeaux Academy, moved to Sevilla in the summer of 2019. Since joining the Ligue 1 side, the Frenchman has developed into one of the emerging talents of European football.

Kounde was crucial to his side’s Europa League triumph last season and continues to be an indispensable part of the Sevilla first team this term as well. The Frenchman’s assured performances at the back have endeared him to Manchester United, who are still looking for a stable defensive partnership.

The Red Devils are currently second in the Premier League table but have already conceded 31 goals from 24 games so far.

Ole Gunnar Solskjaer has been plagued by defensive lapses, which have cost his team vital points in the league, while also knocking them out of the UEFA Champions League. Manchester United, who are eager to add a world-class defender to their ranks before the start of the next season, believe Kounde could be that player.

The Premier League giants are ready to initiate a move for the Frenchman in the summer, and Sevilla have accepted that they might have to part ways with their prized asset.

The La Liga side have settled on Feyenoord defender Marcos Senesi as the ideal man to replace Koude. Sevilla believe that Dayot Upamecano’s impending move to Bayern Munich have tied their hands, and that could pave the way for Jules Kounde’s move to Manchester United.

The Red Devils are reportedly willing to offer €70m for the services of the Frenchman, who has a €90m release clause in his current Sevilla contract.

Besides Manchester United, Paris Saint-Germain and Real Madrid are also monitoring the player, so Kounde could ignite a bidding war for his services in the summer.

Sevilla chief Jose Maria Cruz has already confirmed that the club would have to let some of their stars leave in the summer. He has also revealed that the La Liga giants will not increase the Frenchman’s release clause despite interest from Manchester United.