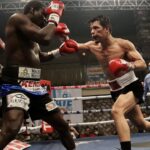 Alan David “Rey” Picasso exploited his forcefulness, with one of those one-punch knockouts, when he faced Jesús Adrian “Topitos” Gomez.

Picasso closed the show in the second round, in the main event of a card that was staged by Zanfer and 2M Promotions at the Jardines del Pedregal event room, in Hermosillo.

Picasso (15-1-0, 6 KO’s) perfectly solved the first round of pressure from Gomez (11-3-0, 8 KO’s), by using his boxing and distance management to avoid considerable punishment, and connect some shots.

In the second round, Picasso kept Gomez at bay by releasing jabs and straight punches to the face. The tough boxer, trained by Alfredo Caballero, was following the corner’s strategy.

Picasso bent his waist to his left side, to get a better view of the gaps left by Gomez’s defense, and landed a powerful and precise left-handed hook to the liver that dropped him for the referee’s count of 10.

Hermosillo’s Pedro “Roca” Campa returned to the ring and solved a complicated fight.

Campa excelled at the short distance and knew how to manage himself throughout the contest, to defeat Venezuelan Carlos “Profeta” Cárdenas by majority decision, in an eight round fight at super lightweight.

Campa (32-1-1, 21 KO’s) pressed and landed power shots, and hit good combinations, however, Cárdenas (26-18-1, 16 KO’s) proved to be dangerous as he was able to withstand the incoming shots. Cardenas also landed significant punches of his own to hurt the local fighter.

At the end of eight rounds, in which Campa threw all he could and Cárdenas was always dangerous, the local man took the victory by majority decision, when two judges wrote down tallies of 79-73 and 78-75 on their scorecards for Campa, while a third judge scored a draw, 76-76. 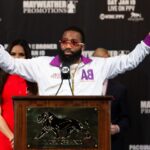 The Still Adjusting To Fame tour will now include a pre-Valentine’s Day treat.

Former four-division titlist Adrien Broner is deep in training camp for a planned showdown versus Mexico’s Pedro Campa, multiple sources have informed BoxingScene.com. The bout will take place Feb. 13 atop a Showtime Championship Boxing (SCB) telecast at a location to be determined.

Broner (33-4-1, 24KOs) entered training camp in South Florida well before the year-end holidays, initially to get back in shape though also with the full intention of returning to the ring in the 1st quarter of 2021. Recent sessions have intensified, with Broner’s team actively searching for sparring partners to mimic Campa’s size and fighting style.

The Athletic’s Mike Coppinger was the first to report the fight being finalized.

Representatives from Showtime declined comment to BoxingScene.com, in line with company standards regarding events that have not yet been announced.

The event will mark the first fight for Cincinnati’s Broner since a 12-round points loss to Manny Pacquiao in their Jan. 2019 welterweight title fight atop a Showtime Pay-Per-View event which sold 400,000 units. Prior to that came Broner’s last live appearance on Showtime’s flagship network, fighting to an entertaining 12-round draw with former two-division titlist Jessie Vargas in April 2018.

Broner has claimed titles in four separate weight division, most notably dethroning top-rated lightweight Antonio DeMarco in Nov. 2012 and then-welterweight titlist Paul Malignaggi seven months later in June 2013. Broner also won vacant belts at junior lightweight and junior weltlerweight, though both reigns ending at the scale as he missed weight ahead of eventual knockout wins over Vicente Escobedo in July 2012 and Ashley Theophane in April 2016.

Campa (31-1-1, 21KOs) will fight for the first time in the United States. The 28-year old from Hermosillo, Mexico has not fought since an Oct. 2019 win in Ameca, Mexico. The showdown with Broner represents by far the toughest test of Campa’s career.

Sources have also informed BoxingScene.com of plans for a mid-week ShoBox card to precede the Feb. 13 show, a pattern similar to Showtime’s first fight week of 2021 with shows on Jan. 20 (ShoBox) and Jan. 23 (SCB).