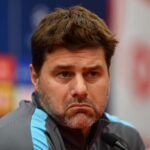 PSG sporting director Leonardo has revealed that the French giants are keeping tabs on Lionel Messi.

The 33-year-old’s current contract with Barcelona expires at the end of the season, which means that he can begin negotiations with other clubs this month.

The Argentine was desperate to leave Barcelona last summer after they endured a horrendous end to their 2019-20 season. He had a number of fall-outs with the club’s board and was left enraged when the Catalan giants decided to let go of Luis Suarez, one of the club’s best players and his close friend.

Lionel Messi was heavily tipped to reunite with former Barcelona coach Pep Guardiola at Manchester City. The deal, however, failed to materialise due to the forward’s €700 million release clause.

The Barcelona talisman’s representatives were unable to find a loophole in his contract that would allow him to leave the club, so he was forced to stay at Camp Nou for another season.

Barcelona had a poor start to their La Liga campaign this season but have found their stride under Ronald Koeman in recent weeks. They are currently in third place in the La Liga table and have won four of their last five games.

Lionel Messi has played a huge role in the club’s revival, but this has not stopped him from being linked with a move away from Barcelona. He is reportedly keen to leave the club next summer, and it is PSG who have been tipped as favourites to secure his signature.

PSG sporting director Leonardo has been vocal about his desire to sign Messi. In an interview with France Football, he said:

“Great players like Messi will always be on PSG’s list. But this is of course not the time to talk about it, or to dream about it.”

“But we are sitting at the big table of those who are following the case closely. In fact, no, we’re not yet sitting there, but our chair is reserved, just in case. Four months is an eternity in football, especially at this time.”

PSG are keen to bring Lionel Messi to the club. 👀

Lionel Messi was heavily tipped to join Manchester City in recent months. The prospect of joining Pep Guardiola and long-time friend Sergio Aguero at Manchester City was said to be an enticing offer for the six-time Ballon d’Or winner.

The Barcelona captain may, however, consider a move to PSG after the reigning French champions hired Mauricio Pochettino as their head coach.

The idea of playing under the former Tottenham Hotspur manager and with the likes of Neymar, Kylian Mbappe and Angel Di Maria could prove to be an exciting prospect for Lionel Messi.

“Great players like Messi will always be on PSG’s list. But it is of course not the moment to talk about it, nor to dream about it… But we are sat at the big table of those who are following the situation closely.” https://t.co/8h5JYpwRto