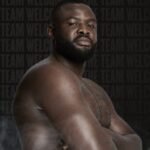 Bakole (16-1, 12 KOs) is ranked #14 with the WBA and also holds the WBC International title, following his unanimous decision win over Sergey Kuzmin back in December.

The 27-year-old Congolese star is based in Scotland working under the tutelage of highly-respected trainer Billy Nelson, and the duo are confident of going all the way to the top after teaming with MTK Global.

Bakole said: “I’m really pleased to be signing an advisory deal with MTK Global. I know that they have what it takes to help me achieve my dreams of becoming world champion.

“The big fights at heavyweight are what I want, and I am certain that MTK Global will be able to secure them for me.”

Trainer Billy Nelson said: “We’re thrilled to be joining forces with MTK Global. They’re the biggest management company in the world and we’re convinced that they’ll do what is best for Martin Baloke.

“Martin has gone from strength to strength in recent years, and now with somebody as big as MTK Global backing him, we are all looking forward to seeing what he can accomplish.”

“The heavyweight division is the strongest it’s been in years and Martin Bakole is right in the mix. Together with Billy Nelson we believe Martin will become world champion.

“There are some big nights ahead for Martin which has everyone at the team excited for the future.”

News on when Bakole will have his first bout as an MTK Global fighter will be announced in due course. 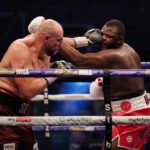 Kuzmin’s promoter, Andrei Ryabinsky, felt the contest was very close and could have easily gone to his boxer.

“The fight turned out to be good, but I don’t think he lost decisively. I think the victory could have been given in favor of Sergey. But the judges decided the way they did. Now we should not get upset, but we need to go forward. Yes, we have rolled back a little (in the rankings),” Ryabinsky said to Vasiliy Konov.

After an even first round, Bakole came out firing hard in the second round. Bakole was letting his hands go, throwing a lot of shots with both hands. Kuzmin was hanging back and timing his counters.

Bakole was outworking Kuzmin in the next few rounds – until Kuzmin began to switch up his game plan in the fifth, as he was more active and took away Bakole’s jab by standing in close to trade.

The action continued to be close in the sixth, with both boxers landing shots. Bakole went back to his boxing in the seventh, as he was outworking Kuzmin. In the eight, Kuzmin rallied again by pressing Bakole against the ropes and let go with hard punches. It was a closely-fought encounter in the remaining two rounds.

Kuzmin felt there was no way he could have lost the contest.

“In this fight it was possible to at least have it a draw, but in no way should Martinez get the victory. This victory is very dubious. Even after the fight, his coach went into the locker room and began to express regret about what the judges thought. His trainer also said: ‘there is nothing you can do it, but we know we lost the fight.’ Then Martin himself went into the locker room and was surprised that I was so strong. Given what had happened, the public and boxing fans want us to have a rematch. I think it can be done, and organized in a neutral location – either in Germany or the United States,” Kuzmin said.