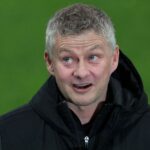 Manchester United signed off from domestic football on a thoroughly disappointing note as they crashed out of the FA Cup’s last eight due to a 3-1 defeat to Leicester City. The Red Devils will look to return to winning ways when they play Brighton & Hove Albion at Old Trafford in April.

Ahead of a summer where they’re expected to strengthen massively across the pitch, it comes as no surprise to see them linked mega-money moves, including a potential €120m outlay for a Spanish star. On that note, here is a look at some of the latest Manchester United news.

Manchester United were strongly linked with Ismaila Sarr during the summer transfer window last year and came ‘extremely close’ to signing him, according to ex-Watford sporting director Filippo Giraldi.

The Senegalese wideman, still on the books of the Championship side, has been tipped for a big-money move to several Premier League sides since the Hornets’ relegation. While he even garnered attention from champions Liverpool, Giraldi revealed that it was the Red Devils who came closest to signing him. He explained;

“We were extremely close, I was personally negotiating with them [Manchester United]. We weren’t able to reach an agreement. And I think Ismaila [Sarr] is very young, he will arrive for sure. He missed probably an opportunity, but I think also for his football to stay here and get 10 goals and 10 assists, he’s deciding the league. I think for Watford in the condition they are at the moment it’s lucky he stayed.”

Sarr was one of the many options considered by Manchester United during the summer window last year alongside the likes of Ousmane Dembele, David Brooks, and priority target Jadon Sancho.

Manchester United have been told to pay Marcos Llorente’s release clause or forget about signing him, as per MARCA. The Red Devils have identified the Spaniard, who has established himself as one of the best players in LaLiga Santander under Diego Simeone, as one of their targets come summer and were believed to be readying a bid worth €80m.

Now, a report claims that Manchester United have been told Llorente can only leave should his staggering €120m release clause be triggered by them. The Spaniard could see his wages doubled if he moves to Manchester United. However, Llorente is in no hurry to leave Atletico Madrid as per the report and could renew his deal at the club.

Manchester United have reportedly left Real Madrid president Florentino Perez ‘very angry’ after having ‘stolen’ Pau Torres from under their noses, as per a claim from Spain. Torres, who has been linked to the Blancos and the Red Devils for over a year, was tipped to replace Sergio Ramos should he leave the club.

However, with Manchester United also keen on bolstering their defensive options, they have reportedly agreed a deal to sign Villarreal’s €65m man, leaving Real Madrid furious as they’ve lost out on a priority target. Torres ‘seems determined’ to move to the Premier League and Manchester United are in pole position to land his signature.