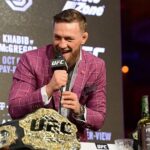 Conor McGregor has a sum of 59 million followers across Instagram, Twitter, and Facebook. That is more followers than any other UFC fighter and one of the highest numbers among sports celebrities.

Being the most famous MMA athlete, Conor McGregor also holds the UFC pay-per-view records, most-liked picture, and most-liked video from a UFC fighter on Instagram.

American business magazine, Forbes, made a study revealing all the numbers involving Conor McGregor’s life. The article has records from the Irishman’s UFC career and all the money he has moved since joining the promotion in 2013.

Breaking the 250 million followers mark at the beginning of 2020, Juventus’ forward Cristiano Ronaldo became the most-followed person on the platform and the first to reach such numbers.

Conor McGregor returns to the octagon on tonight’s UFC 257 event in UFC Fight Island in Abu Dhabi. ‘The Notorious One’ will rematch Dustin Poirier in a highly-anticipated fight that will likely decide the next lightweight contender. The two first met back in 2014 when Conor McGregor knocked Poirier out in under two minutes.

What are the probabilities that Conor McGregor will beat Dustin Poirier again at tonight’s UFC 257?

Speaking of numbers, here is what five of the biggest bookies think of Conor McGregor’s chances of defeating Dustin Poirier for the second time in his career at UFC 257.

A website in Sweden calculated the odds from five different betting companies to reach the average result expected by the bookies for tonight’s main event between Conor McGregor and Poirier.

Here are the numbers translated into percentages for easier understanding:

All the math was made on January 19, 2021, by Thomas Mäkitalo for the UFC 257 bout between Conor McGregor and Dustin Poirier. 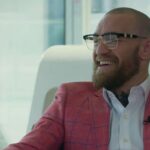 Conor McGregor believes that he is the best form of his life ahead of his rematch with Dustin Poirier at UFC 257 on January 23 in Abu Dhabi.

Conor McGregor has received a lot of praise for his form. His sparring partners and training coaches have been saying that they have never seen Conor McGregor like this before and that he is on a “different level” at this time.

BT Sport’s Adam Catterall, who recently talked to Conor McGregor’s coach John Kavanagh, repeated the appreciation from the coach to his pupil. And Conor McGregor agreed:

“This is the best version there’s ever been until the next one. Do you know what I mean? I’m just going to keep going. So I’m excited to get in and create magic inside that octagon once again,” said Conor McGregor.

Having received a fair amount of criticism concerning his cardio, Conor McGregor has put on a lot of training effort at this aspect of his fighting.

Even though Conor McGregor hasn’t tested his conditioning on many occasions, it is the feature that is mostly exploited by his opponents whenever facing him. Poirier thinks no different, as he already announced he would try to drag the bout to the later stages.

Leading to their rematch at UFC 257, Conor McGregor affirmed that he would knock Dustin Poirier out again in under one minute. For him, the comment was as disrespectful as Poirier’s criticism of his conditioning.

Conor McGregor has been putting in a lot of work to improve his endurance and believes that Poirier picking on that aspect of his fighting should not be dismissed as an inoffensive jab.

“Dustin and his team may take a bit of disrespect from me, saying [that] I’m going to knock him out in 60 seconds. Well, it works both ways, you know? [They are going to] say, ‘oh, the conditioning thing.’ We’ll see about that if you can last through the trauma that I’m going to bring to you, you know what I mean? We’ll see what you’re about, who has the endurance, and what is what,” threatened Conor McGregor. “So, I’m excited all across the board. I’m confident. All my skills are on fire at the minute, you know? Pinpoint precision, my kicks, my punches, my knees, my wrestling, my grappling, my clinch, putting it on whatever. I’m ready.”

What is your prediction for the UFC 257 main event when Conor McGregor steps into the octagon again with Dustin Poirier? Sound off in the comments.