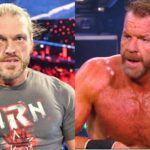 Christian Cage wrestled his first full-fledged singles match in over seven years on the latest episode of AEW Dynamite. Christian came out victorious at the end of a solid wrestling match against Frankie Kazarian, and the former WWE Heavyweight Champion has rightfully been praised for his performance.

Christian Cage spoke to Shakiel Mahjouri of ET Canada and revealed how Edge reacted to his AEW Dynamite match.

Edge was staying at Christian’s house, and they re-watched the match together. The Rated-R Superstar was really happy for Captain Charisma and even complimented his former tag team partner for the AEW debut.

Christian felt that his AEW debut could not have panned out any better, and even Edge was on the same page.

“So he’s actually staying at my house. Yeah, because obviously Smackdown and Raw are here in Tampa, so we watched it together. He was very happy for me and was very complimentary of it. And of course, we always both kind of nitpick and give each other constructive criticism and those sorts of things. But I think, for the most part, he felt the same way that I did. I don’t think it could have gone better for the first one back,” said Christian.

Christian worked tremendously hard in preparation for his AEW debut, and his efforts paid off as the match got over with the fans. He gave himself a B+ grade and added that wrestling after a lengthy layoff was quite a challenging ordeal for him.

“As soon as I stepped foot to those ropes, it all comes back. No matter how much training you put in, nothing can replicate getting in there and doing it for real. So it was a real test, and it was a test against myself and against Frankie and against all these factors of coming back after such a long layoff. But I am always my toughest critic, so I will grade myself a B-plus,” said Christian.

Christian has promised to outwork everybody in AEW, and his first match has painted a promising picture for the future.

What are your reviews of Christian Cage’s AEW debut? Let us know in the comments section. 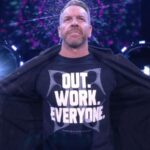 Christian Cage is ready to remind the world just how good he really is. In a recent interview, he discussed his decision to sign with All Elite Wrestling, and he stated that he wants to prove himself as a wrestler.

The “Instant Classic” is the newest addition to AEW’s growing roster, and he’s ready to prove that he belongs among the “All Elite.” As a former world champion, Christian Cage is a major acquistion for AEW, as he had a Hall of Fame career in WWE.

Christian Cage was this week’s guest on Oral Sessions with Renee Paquette, and he discussed his return to professional wrestling after he was forced into an early retirement. Cage made it clear that he wouldn’t be returning to the ring if he didn’t think he could still compete at the level he was once known for.

“If I didn’t have the confidence that I would be able to go like I did, I wouldn’t even be attempting this. This is one of the things that I’ve always taken pride in if my name is on something, if I’m involved in something, I’m all in on it, there’s no different here like I’m coming back to prove that I’m the best in my mind to ever — I hate saying these kinds of things, but I feel like I’m one of the best ever do this, that’s what I was born to do.”

New episode!! I got to sit down with @Christian4Peeps the day after his debut in @AEW and talked his decision to head there, getting medically cleared, how he sees this run going, who he wants to work with! So stoked for him!! https://t.co/EvZwXDyh4G

Christian Cage made his AEW debut at the Revolution pay-per-view. He signed his contract with the company, confirming that he was the major acquisition Paul Wight had announced for the show.

Christian Cage’s unfortunate history with concussions has kept him out of the ring for the last seven years. But because he has been cleared by multiple doctors, he’s ready to get back to work. Christian has focused on getting into shape, and he sounded optimistic about the way his body has healed.

“I’m coming back to prove that and to prove to, you know, the fans. And in a weird sense like my body is kind of been preserved for seven years. You know, I’m seven years older but also like I haven’t put any damage on my body in seven years, and I think that’s saying something. And it’s given all those little nagging things that had kind of accumulated over the years of it’s given the proper amount of time to heal, and I feel good. Yeah, and not just like physically but mentally. I’m in a good place.”

This week on AEW Dynamite, Christian Cage will address his decision to sign with the company, and many viewers are excited to hear what he has to say.

If you use any quotes from this article, please credit Oral Sessions with Renee Paquette with a H/T back to Sportskeeda for the transcription.