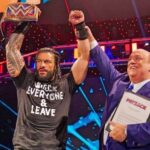 Vince Russo has revealed how he would have booked the alliance between Roman Reigns and Paul Heyman.

On the latest episode of Writing with Russo – the show where Vince Russo explains how he would have booked WWE storylines – the former WWE writer explained there should have been a story built around the relationship between the two first.

Russo would also say that Brock Lesnar should have played a huge part in the story, and could still play a huge part upon his return.

Here is what Vince Russo had to say on the alliance between Roman Reigns and Paul Heyman:

“This is where they’ve already dropped the ball. First of all, if you remember, when we first saw Heyman with Reigns… It was the end of a SmackDown and we saw a shot of Reigns and then we panned over to him? No! There should have been an entire story! Paul going from Brock to Reigns. Whether he was fired, whether there was a disagreement, whether he didn’t like the way the company was using him… “Paul, you’re supposed to be in there negotiating. You’re doing nothing for me.” You’ve got to give me that story first. Ok? So now we know they split, now we know why they split. We didn’t get any of that! Then you have to start leading into Paul really becoming subservient to Reigns.”

Vince Russo would go on to explain how a shift in Paul Heyman’s relationship with Reigns could be used to bring Brock Lesnar back to WWE television.

You can watch the clip from Writing with Russo below:

If any quotes from this interview are used please give a H/T to SK Wrestling. 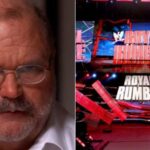 This year’s WWE Royal Rumble event will take place on Sunday, January 31. As of the time of writing, 17 Superstars have been announced for the 30-man match, including Daniel Bryan and Edge. Brock Lesnar, however, is not being advertised for the show.

Speaking on his ARN podcast, Arn Anderson was asked to reveal his pick to win this year’s match. He immediately selected Brock Lesnar, despite uncertainty surrounding The Beast’s WWE contract situation right now.

“The Rumble’s always an exciting show because there’s so many things that can happen during the course of an hour-plus match. Gosh, I’ll just go there. How do you not count Brock Lesnar as the number one contender? I mean, to even skip over him, how do you do that?

“You’d be foolish if you look back on it and go, ‘Okay, he wasn’t my first choice,’ because he’s the guy – I’ve no idea what his contract situation is – but he’s the guy that’s always looming in the dark. He’s the Boogeyman, the real one.”

Brock Lesnar has not appeared in WWE since he lost the WWE Championship to Drew McIntyre at WrestleMania 36.

It is not clear if and when Brock Lesnar will compete in WWE again. Contract talks between the eight-time World Champion and WWE reportedly hit an impasse in 2020, meaning he became a free agent.

Although Brock Lesnar’s merchandise has been removed from WWE Shop, his name is still mentioned on WWE television and WWE’s social media platforms.

Please credit ARN and give a H/T to SK Wrestling for the transcription if you use quotes from this article.