Brazilian Rafaela Silva, the 2013 world judo champion and former 2016 Olympic gold medalist U57kgs will not make her debut in MMA as some media have reported. Due to her suspension the obvious flight would be to move into MMA, but Silva doesn’t have plans to make that step. “It’s fake news” Silva explains the rumours. “I won’t go into MMA”

Rafaela failed a drug test in her last competition, after winning the gold medal in 2019 Pan American games in Peru. In addition to losing the title, Rafaela was handed down a ban of two years for any official judo events. This suspension was a motivator to transition into MMA, as she would not be allowed to participate in the Tokyo Olympic games – should they actually take place at all.

Silva, an athlete who had passed all of her previous drug tests beforehand, was considered a first offender by the adjudicators that handed down her ban. In addition to this, she proved to the anti-doping officials that this result from fenoterol – a bronchodilator that treats conditions like asthma – was not intentional. As a result, Silva received a two-year ban instead of one lasting four years or longer.

She clearly states that the news around her MMA switch is nonsense.  Despite the connection between the Instituto Recao, the foundation of Flavio Canto to which Rousey donated $30,000 to the organisation. The Institute is located near the Cidade de Deus neighborhood, which is where Silva was born. The suspension of Rafaela Silva remains valid. Her coach Rosicleia Campos said that God has other plans for Rafaela referring to the Paris Olympic Games. While she might still have a shot at a few more World Championships, since they are held annually, her hopes of being a double Olympic champion are pretty much dashed. Silva is 28 years old now and by the time the next Olympics comes around, she will be 32. Oon Yeoh of JudoCrazy zoomed in on her career Read more Olympic judo champion Rafaela Silva has lost her appeal against a two-year doping ban and will miss the Tokyo Games. The Court of Arbitration for Sport on Monday upheld the sanction imposed by the International Judo Federation in January. Read more The judo Olympic champion intends to fight doping case at CAS after testing positive for a banned substance at the Pan American Games in Lima. Rafaela Silva says she intends to fight her doping case at the Court of Arbitration for Sport. The Rio 2016 Olympic champion tested positive for banned substance fenoterol during the Pan American Games in Lima, Peru. Read more 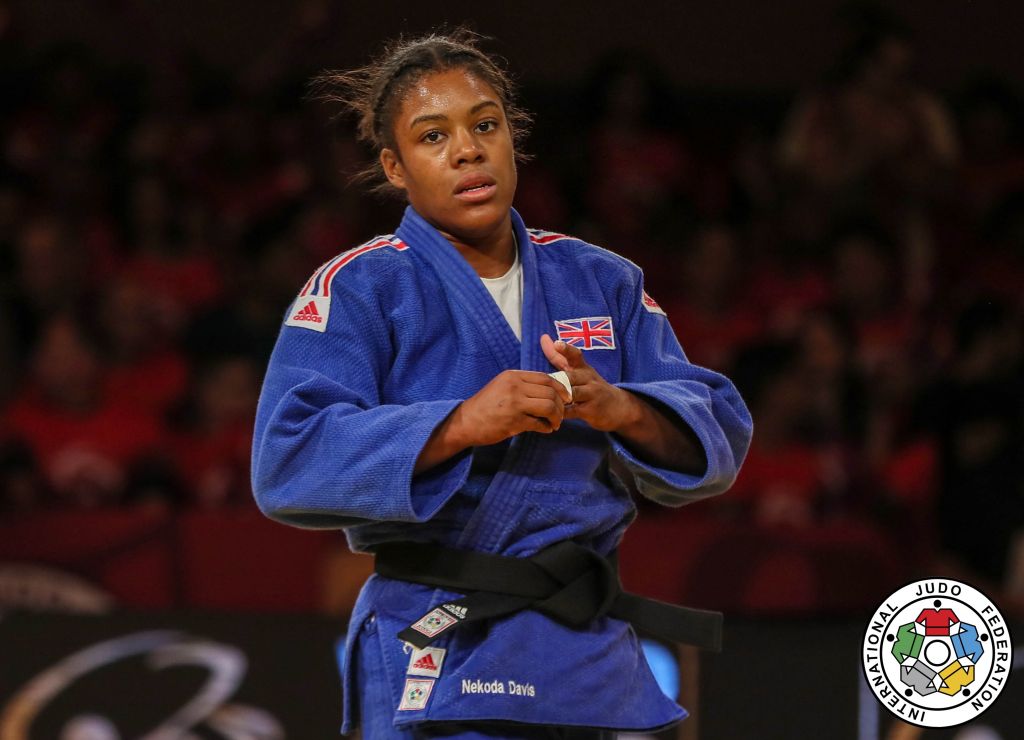 Two-time world medallist Nekoda Smythe-Davis of Great Britain stormed past Grand Slam debutant Ketelyn Nascimento (BRA) in the U57kg final to win Grand Slam gold for the second time in her flourishing career. Londoner Smythe-Davis, who won the Düsseldorf Grand Slam last year, got stronger as the contest went on and pulled away from her new opponent in golden score with a thunderous o-soto-gari for ippon after two minutes of additional time. Read more

Brazilian Rafaela Silva was stripped of her Pan American Games gold medal on Wednesday after failing a doping test. Silva was the winner of the title of the U57kg category in Lima, the same category in which she triumphed at the Rio de Janeiro Olympics in 2016. She can still appeal the decision. Read more