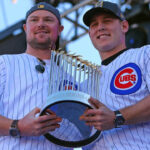 It’s been one heck of a year in sports, to say the least.

We had the 2016 Summer Olympics, the Chicago Cubs winning the World Series for the first time since 1908, Cleveland finally winning a title again thanks to the Cavaliers, Peyton Manning riding off into the sunset with a Super Bowl title and much, much more.

So it must have been a pretty difficult task for Sports Illustrated to come up with just 12 contenders for its annual Sportsperson of the Year award, which was given to women’s tennis star Serena Williams in 2015. 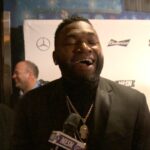 NESN.com’s Rachel Holt takes you inside the 2nd annual Globies in the video above. 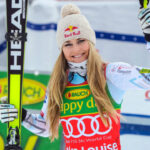 Lindsey Vonn shared some unfortunate news (and some disturbing images) over the weekend.

The U.S. Olympic skier revealed Friday on her Facebook page that she broke her arm in a crash while training in Copper, Colo. As evidence, Vonn posted the X-rays of her severe fracture.

On Sunday, Vonn kept her fans updated via Twitter and took things a step further by sharing a photo of her post-surgery scar. It’s kind of gross, as you’d expect.

All in all, it’s been a very difficult few days for Vonn, who also revealed Saturday on Facebook that she just lost her Uncle Frank to cancer.

Here’s to hoping that Vonn keeps her head up and that better days lie ahead. 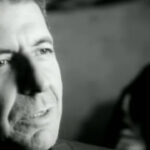 The music world lost a legend Thursday, and his unique influence was felt even in the sports world.

The Canada native came onto the music scene in the 1960s, laying the foundation for a five-decade-long career as one of the most influential people in the industry. He was inducted into the Rock and Roll Hall of Fame in 2008.

Cohen wrote and performed many songs over his career, but perhaps none are more famous than “Hallelujah,” his 1984 song that since has been covered by countless artists. One of the best renditions of “Hallelujah” came at the 2010 Winter Olympics in Vancouver, when Canadian singer K.D. Lang performed Cohen’s masterpiece at the Opening Ceremony.

Cohen had been in poor health before his death but released his 14th and final album, “You Want It Darker,” just a few weeks ago on Oct. 21.

The USA Gymnastics National Team Training Center at the Karolyi Ranch in Huntsville, Texas, was a dangerous place for young athletes for far too long, a pair of recently filed lawsuits allege.

A former USA women’s gymnast filed a civil lawsuit in California Superior Court on Thursday in which she alleges ex-team doctor Larry Nassar repeatedly sexually assaulted her over years when she was a minor, according to ESPN’s John Barr. Futhermore, the suit alleges legendary coaches Bela and Marta Karolyi failed to protect her amid their own physical and emotional abuse of gymnasts at their ranch, which has served as the USA women’s gymnastics training hub since 2001. The gymnast also accuses USA Gymnastics officials of ignoring and concealing the abuse.

Defendants include Nasser, USA Gymnastics, its current and past presidents Steve Penny and Robert Colarossi, Bela and Marta Karolyi and the gymnast’s private coaches Galina Marinova and Artur Akopyan.

The accuser, now 24, represented the United States between 2004 and 2010 when she was aged 12 to 18. She claims the abuse caused her to suffer depression, eating disorders and panic attacks.

A 2000 Olympic medalist sued Nassar in September, also claiming he sexually assaulted her. The lawsuit filed Thursday makes similar accusations against him.