Against all odds, United States President Donald Trump and North Korean leader Kim Jong Un made it to the 2018 Winter Olympics.

A pair of men impersonating the bitter enemies crashed Friday’s opening ceremony in Pyeongchang, South Korea. Unsurprisingly, the impostors caused quite a stir, and eventually were thrown out of Pyeongchang Olympic Stadium, according to USA TODAY’s Martin Rogers.

Here’s a bad picture of the Donald Trump and Kim Jong-un impersonators who just caused a big commotion in one section of the Olympic stands! pic.twitter.com/6YD9sR7kxy

Here are some better photos of the pranksters: 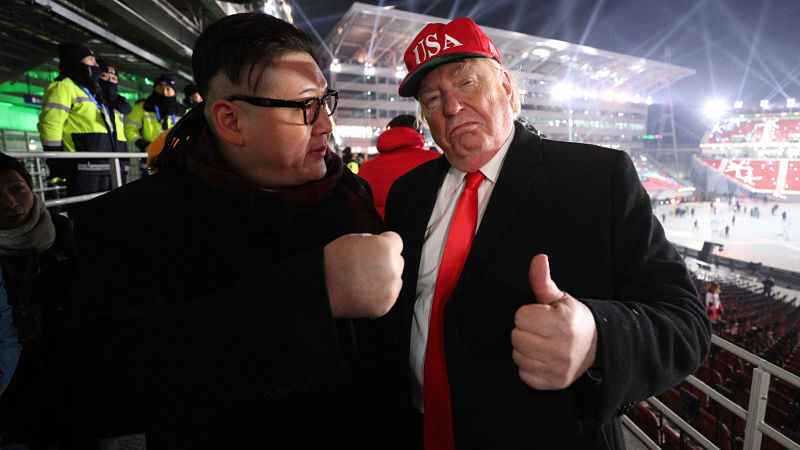 Trump, of course, didn’t make the trip to South Korea, as the tensions remain high between the U.S. and North Korea. Vice President Mike Pence attended the ceremony in Trumps stead, and even sat just feet away from Kim’s sister, Kim Yo Jong.